Peter Ford, from the United States, opened the exhibition Rock’n’Roll is a State of the Soul.

The only son of two of Hollywood’s most famous stars: Eleanor Powell, one of MGM’s biggest musical stars, and Glenn Ford, Hollywood’s number one movie star of 1958, Peter bought Bill Haley & His Comets’ Rock Around the Clock vinyl at the age of 10.
Until then, Rock Around the Clock had been considered a minor track (compared to, for example, Crazy man Crazy, also by the Comets, which had sold 750,000 copies) and less well-known.
One day, the director of Blackboard Jungle (The Seed of Violence), Richard Brooks, went to the home of the leading actor Glenn Ford and asked him if he wanted to do something musically strong for his new film, which was to be released in 1955 (exactly one year after the recording of the song Rock Around the Clock, which marked the beginning of an era).
Glenn Ford invited him to his son Peter’s room, who at that time was already a music lover and had a lot of vinyl.
Peter Ford gave his father three records, one of which was Rock Around the Clock, which became the opening soundtrack of the film Blackboard Jungle, becoming a worldwide success and triggering a real “revolution”.
Peter became then the link in this worldwide cultural revolution called Rock’n’Roll, of which the Comets’ song is considered a symbol.
In 2004, the Comets came to celebrate the 50th anniversary of the birth of Rock’n’Roll at the Summer Jamboree. Peter Ford arrived specially at the opening of the exhibition, on 14 June 2019, to play, on a perfectly working and full of 45s juke box dated 1953 (that is part of the exhibition), the very song that he bought as a boy and that became the symbol of Rock’n’Roll. 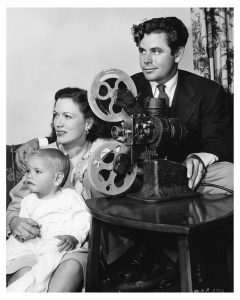 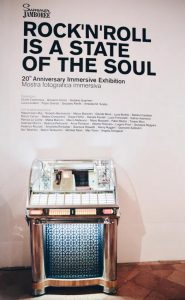 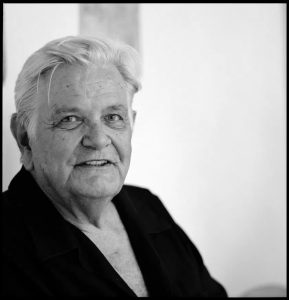